FREE shipping on purchases over $60 within the USA.

FREE delivery if you live in Astoria or Long Island City.
PICK UP at our farmers markets locations!

Please register to get your referral link. Note: You must place one order with us before you can start referring and receive discounts.

Give a 15% discount code to a friend! For each friend you invite that makes a purchase, we will send you a15% discount code that you can use on your next purchase on our site. Get started now, by sharing your referral link with your friends. 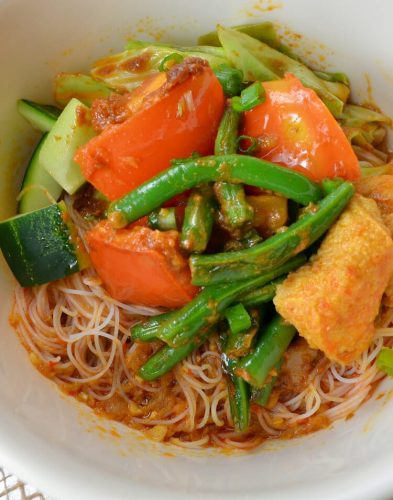 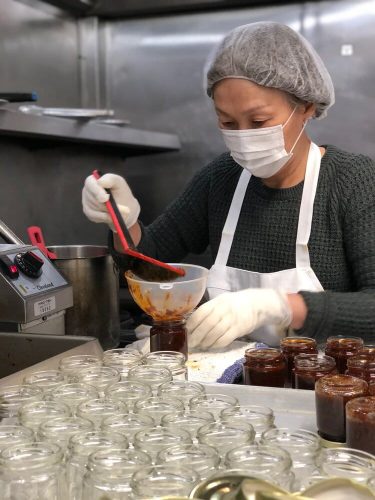 The Mama Lam in action!

In the 1980’s Mama Lam, who is Malaysian Chinese, had the opportunity to go to New York City, where she ended up meeting her husband and decided to settle in NYC.The city was a melting pot of multicultural cuisines but it did not offer many options for Malaysian cuisine, especially for Mama Lam’s favorite curry noodle soup. With limited  Malaysian curry options to choose from, Mama Lam created her own, by adjusting her mother’s recipe to what she could find in NYC that she could share with her children.

In 2014, while traveling, Mama Lam and her daughters found a Southeast Asian food stand serving curry laksa noodle soup and decided that Mama Lam’s curry was so much better. That began the journey of recipe perfecting, and ingredient hunting until everything pieced together, and Mama Lam’s curry pastes and hot sauces were launched in 2016. And that was the beginning of Mama Lam’s. The three of them began the journey of recipe perfecting and the team continues to work in Long Island City, NY, producing small-batch family recipes.

The mild Malaysian Curry Paste is an excellent alternative to the Medium Curry Paste for those who have a low tolerance to spice. It still has a kick to it, but it won’t overwhelm. It can be used in a range of different dishes and in different ways. You can even use it as a tasty dip.

In each 4 oz jar, there are approximately 8 servings, and if you get the larger 8oz jar, you will get double the amount of servings.

Once the jar is open, you don’t have to worry about using it quickly, as it will last up to a year in the refrigerator. However, when you try it, you may find that you love it so much that it will be used long before the year is up!

Drizzle some curry butter on your grilled corn!

How To Use Your Curry Paste

When you add your curry paste, you can use as little or as much as you like; it will depend on what you are making and how strong you want the flavor to be. Even if you are following one of the recipes on our website, don’t be afraid to adjust the recipe according to your taste!

With our mild curry paste, you don’t have to worry about things getting overly spicy. There is still a nice kick to it, but there is also tons of flavor.

What Do Our Customers Think?

Our customers love to be experimental and test the versatility of our curry paste. They love that you can ‘drop it into your favorite recipes to add a unique flavor that isn’t overwhelming.’ Some have used it to replace the spices in their meatball recipes, have used it with kale and tofu, and even on breakfast sandwiches. The possibilities are endless.

As it can be easily stored in the fridge, many of our customers love to incorporate it into quick and simple meals when they want something easy but don’t want to scrimp on taste.

It has even pleased those that aren’t usually ‘big on heat,’ as it ‘delivers on flavor.’

“I went out on a limb and purchased this as an alternative to a Thai curry paste I usually purchase. It did not disappoint! Absolutely delicious. And love that it’s made in NYC (we live in BK).”

Nothing should stop you from being able to taste a fantastic traditional Malaysian curry, or from amping up the flavor of your other meals. It is so versatile you could find yourself using it on chicken wings, shrimp, breakfast burritos, and a range of different vegetables!